Everything You Need to Know about Adiponectin

Adiponectin is a protein found to have associations with metabolic processes. Initial studies suggest that this protein is associated with processes such as regulation of glucose level and breaking down of fatty acids.

Adiponectin is produced by adipose tissue*, along with co-members in the group of proteins called adipokines. Latest medical reports linked adiponectin with health and disease. How significant is that linkage is yet to be known.

Preliminary research assumed that low levels of adiponectin may be an indication of a dysfunctional adipose tissue. What is clear, however, is the strong linkage and association shown between the protein and some major types of diseases.

It has been found that people with cancer, heart disease, NAFLD, diabetes, lipid abnormalities, inflammation and cardiovascular diseases have low adiponectin levels. A causal relationship between these diseases and adiponectin also remains to be discovered.

Increasing adiponectin levels is possible in both humans and animals. It was shown that animals, particularly those with atherosclerosis, obesity and diabetes, benefit from adiponectin injections.

In humans, weight loss and thiazolidinediones treatments are some of the ways to increase the concentration of adiponectin. Diet changes can also help.

Adiponectin, aside from acid oxidation and glucose regulation functions, perform several roles. It is secreted only by adipose tissue, although it is produced by the placenta among pregnant women. Effects of adiponectin in bodily processes include:

The half-life of adiponectin in humans is 2.5 hours. 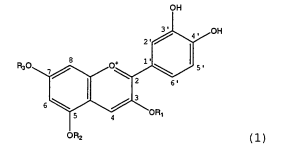 This is the chemical image of this protein

The basic structure of adiponectin is a 247 amino acid protein. It has four domains: a carboxyterminal globular domain, a collagenous domain, a nonconserved variable region and an amino terminal signal sequence.

The adiponectin forms that regulate glucose have “heavy” molecular weight. They are also the ones that have been detected in people with lower risk of diabetes and those with coronary artery disease. It is not clear whether the presence of “heavy” adiponectin is beneficial to people with these conditions.

Research is continuously unraveling the functions of adiponectin. One area being explored is its relation to AMPK (AMP-activated protein kinase). One study found that in muscle cells, adiponectin is able to activate AMPK using two mechanisms. One of these is the pathway that promotes LKB1 cystolic localization. The other pathway involves stimulation of release of the Ca2+ ion.

In another study, the effect of adiponectin on fatty acid oxidation and insulin sensitivity has been noted. This study suggests that it is through the activation of the AMPK that adiponectin is able to do these functions.

The research also noted that it is the AMPK molecules located in peripheral that are activated by adiponectin.

The appetite-stimulating effect found in this study contradicts the claim of adiponectin supplements makers who said that the protein can reduce appetite.

In yet another study, the researcher noted that adipocytes (also called adipokines) release cytokines. The study claimed that cytokines modulate AMPK. Adipocytes are the substances that regulate the balance of energy in the entire body. Along with adiponectin, the research mentioned resistin and leptin as examples of adipocytes that perform this “balancing” function.

This study shared more information about the AMPK-adiponectin connection. It delved also on the idea that adiponectin also works on the AMPK that is in liver.

With regard to leptin, the research noted the protein’s ability to activate muscular AMPK, but it also said that leptin inhibits a kinase in the hypothalamus of mice, concomitant with food intake repression.